@ ALL LOCATIONS IN
Greece 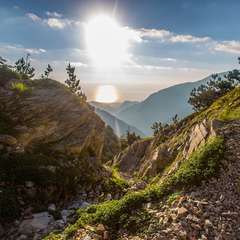 Greece (GR) consists of a mountainous mainland in Southeastern Europe, and an uncountable number of Greek Islands in the Mediterranean, Ionian, and Aegean Seas. Its ancient culture is a primary influence on Western civilization, and its destinations are among the most visited sites in world tourism. Some travelers come to Greece for the architecture and history, some come for the postcard views from the beach of a remote island, and still others come to immerse themselves in modern Greek culture. For Europeans in particular, who comprise the bulk of visitors, a visit to Greece is at the top of every traveler’s bucket list — or a familiar trip taken on numerous occasions. From the Acropolis to the Parthenon, the Temple of Zeus in Olympia to Santorini, few countries can match the star power of world-class attractions found in Greece. Many travelers will attest that Greece is a destination that inspires multiple visits over the course of a lifetime, which merely scratches the surface of everything it has to offer.

Getting around Greece by car depends on your destination. For any stay of one night or longer in Athens and the mainland, visitors will want to rent a car — if not for the sake of convenience, then avoidance of public transportation is reason enough. For visits to some of the smaller islands such as Serifos and Donousa, car hire won’t even be an option. On the other hand, Greece car rentals are readily available on many of the larger islands of Corfu, Crete, Mykonos, Santorini, and Karpathos. Plus, there are a range of car ferry boats departing from Athens to all island groups (see Tips and Advice), as well as inter-island service (c.g. Rhodes to Crete). Extra-generally speaking, driving on the mainland is straightforward European navigation, albeit on somewhat of a narrow scale. Trips from Athens to important outlying cities of Sparta, Tripoli, Kalamata, Lamia, and Patras, are all within easy reach of a day trip. For exploration of Northern Greece, travelers would be better off flying in to Thessaloniki and renting a car from there. And finally, island driving is best with a smaller class vehicle in the minicar, compact, and economy range.

Cheap Greece car rentals are provided by the most trusted names in car hire. Choose your perfect vehicle from Avis, Sixt, Dollar, Enterprise, Thrifty, or National. Minicars and compact hatchbacks are the most popular models in Greece, and typically sell out before standard and intermediate sedans. Select from 7-12 seater minivans, SUVs, estate wagons, and luxury and premium vehicles.

Tips and advice for renting a car in Greece

Peak tourist season runs from April through October, with July and August bearing the weight of the crush. Book especially far in advance to secure your Greece car hire. Specific hot spots include Crete and the Cyclades island group (Naxos, Paros, etc.).

All major Greek mainland attractions are reachable by car, but many are found in remote locations accessed by unpaved rural routes. Check with your Greece car hire vendor about off-road restrictions. Most car rental companies will allow all-wheel drive vehicles to drive on rural roads.

The tricky parts of driving in Greece involve risky local driving habits and navigating certain twisting one-lane mountain roads. Use common sense before attempting to drive across unfamiliar terrain. If you haven’t done it at home, you probably shouldn’t do it in Greece.

Fuel is expensive in Greece. One more reason to consider a compact, fuel-efficient car.

Some Greece car rental providers allow their cars to board Greek ferryboats. Most do not — with a wink and a nudge. It’s a detail many renters conveniently omit from travel plans. Be advised that your rental agreement may be nullified if something goes wrong on the boat.

Not all Greek ferries run year-round, and some require advance booking with the make, model, and license plate number of your car hire — due to space concerns. Don’t worry too much about specifics. If you say Chevrolet Spark and roll up in a Ford Fiesta, you’re unlikely to be turned away. Hint: use [YOURNAME456] for the license plate number.

Are you driving a rental car in Greece?

Thoroughly Mediterranean, Greece is one of the world’s most popular destinations with ancient attractions, archaeological sites and cities. Occupying the southernmost tip of the Balkan Peninsula, Greece is mostly mountainous, while its seas are sprinkled with more than 2000 islands. Visiting the Greek Islands is a tour on its own.

One of the best ways to discover Greece is to rent a car. This gives you the ability to schedule your time and activities. Being on the road is part of the fun.

Athens, the capital, is home to about one third of the country's population.  It is not an expensive city, offering great food and plenty of affordable entertainment.  The city has many amazing archaeological remains, but a visit to Athens will not be complete without seeing the ancient Parthenon. A short hike up the Acropolis rewards you with a 360o view of the city and the best place to share your Greek experience with friends!

Your first trip, driving from Athens, could be to the ancient cities of Delphi and Meteora — two of the most awe-inspiring sights in Greece. The drive takes you through the Athina to Orhomenos, where the road turns towards Arachova; a picturesque town with beautiful stone built houses situated in the Parnassos Mountain. Then on to Delphi.

Delphi is less than 200km from Athens, but don’t rush the trip.  With more to see when reaching your destination, it’s best to overnight here. Delphi, origin of the Delphi Oracle, is one of the most important archaeological sites in Greece.  The mountainous scenery is breath-taking, and the history of Delphi will leave you intrigued.

From Delphi the 250km drive to Meteora, an area in Thessaly (Central Greece), winds through the Greek countryside. This is one of the top destinations for people who admire the ancient Greek civilization.

Meteora is renowned for the monasteries built on the top of the extraordinary rock towers.  Mountaineers will find about fifty massive towers of rock, some reaching 300 metres, and approximately eighty peaks worth climbing. Allow yourself enough time to explore the Meteora archaeological site as well.

Kalampaka is the city under the rock towers with a natural landscape of exquisite beauty. It is a lively town with authentic Greek tavernas and well-known for its delicious traditional souvlaki.

A four-day drive west from Athens, is an awe-inspiring route through the centre of Greece.

Driving on Highway E94, the first stop is at Mycenae, the Bronze Age palace made from gigantic limestone boulders. Then head south into the heart of the Peloponnese peninsula along Highway E65 to Sparta.

The Acropolis in ancient Sparta features a lush expanse of yellow flowers under ancient olive trees. A rolling valley lies to the south and to the west are the snow-capped Taigetos Mountains. Nearby stands Mistras, the last preserve of the Byzantine Empire, with its buildings stacked up a mountainside.

Route 82 to Kalamata skims along a gorge and the Langada Pass to reveal why this road has been called one of the most breath-taking in Greece.   This is also a great place to overnight and top up on traditional Greek cuisine.

Next morning, roll down to the famous olive-producing area of Kalamata. To taste the regional treasure, try local stores or the roadside fruit stands near the olive groves close to town where olives are sometimes sold out of wooden barrels.

Then take Highway E55 along the sparkling Ionian coast to Olympia, birthplace of the Olympics, where the shops and restaurants cluster under gentle mountain swells.

Wind down the window and discover the soul of Greece.  To find the best deals and choices for rental cars and accommodation you need not look further than Cheaperthancars and Cheaperthanhotels. We really do believe that the less you spend the more you can do when you get there.

Frequently asked questions about renting a car in Greece

1. What is the best time of year to book a rental car in Greece?

2. Is it possible for one way rentals in Greece?

3. Should I rent a round trip or one-way rental in Greece?

4. Which location should I rent my car from in Greece?

5. Do I pay more fees and taxes for renting a car at the airport in Greece?

6. What insurance do I require for driving a rental car in Greece?

7. What is the best way to save money on rental car insurance in Greece?

8. Should I prepay my rental car booking in Greece?

9. What are the largest numbers of vehicle seats available for a rental car in Greece?

10. What types of sports and special cars are available in Greece?

11. Can I take my rental car across borders in Greece?

12. How do I inform the rental company I will be crossing a border from the Greece?